Many “Pueblos Blancos” towns do have to be seen!

It’s either their spectacular location or extremely captivating buildings that distinguish them.

Some of the biggest attractions of Andalusia are White Cities, “Pueblos Blancos”. It is a group of several towns and cities, distinguished by white buildings and a picturesque location on the steep slopes of the mountains. They were erected during the reign of the Moors at the turn of the 9th and 10th centuries and the centuries after that.

All facades of houses, churches and defensive walls were whitewashed due to its decontamination and antibacterial properties.

The original colouring has survived to this day and perfectly harmonises with the calm, idyllic atmosphere that prevails in these towns.

Ronda – the city over the abyss

A city that can not be missed while visiting Pueblos Blancos is Ronda. It is hard to believe how spectacular its location is.

It was built on almost vertical rocks rising to a height of 740 m above sea level. As if that was not enough, the deep El Tajo gorge crosses the city across, and its opposite parts lie above a steep cliff.

The only link between them is the monumental 18th-century Puente Nuevo bridge. The basis of this construction is two huge pillars with a double arch in the middle and two smaller arches on each side of the bridge. This impressive colossus is almost 100 meters high, and although it is an element of architecture, it perfectly fits into the gorge of the river, as if it were a natural, inseparable part of the landscape. The Casas Colgadas are not less impressive. Tenements are built at the very edges of the ravine, almost hanging over a few hundred-metre precipice.

On opposite sides of the bridge, there are Ronda’s districts of a completely different nature. La Ciudad, the former Arab quarter, and El Mercadillo, the Spanish quarter. In the first one, we can see a historic Moorish town with a perfectly preserved palace of the Moorish ruler, Casa del Rey Moro.

In the second one, we can find monuments of Spanish architecture, including the Gothic church of Iglesia de Santa María la Mayor.

Underlining the strong local colour of this district is the fact that it has the oldest active corrida, in which ritual bullfighting takes place. A walk through the narrow and charming streets of Ronda is worth finishing at the viewing terraces, from which we can admire a mountain landscape full of rocks and gorges. 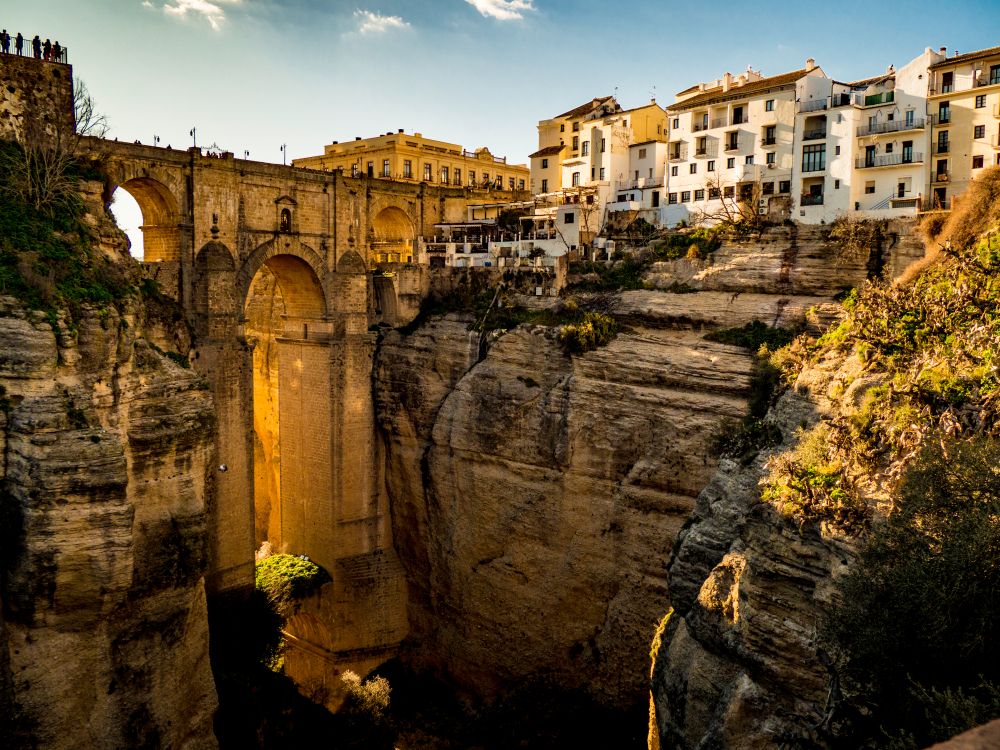 Setenil de las Bodega is another example of a white town, naturally blending in with the surrounding rocky cliffs. One could even risk saying that this town is carved out of the rocks.

The white buildings at Setenil de las Bodega are located on upper floors.

Those buildings that are located at a lower height have roofing in the form of rock surface, and at the same time, the same rock can be a floor in a building located higher.

There are also narrow passages and streets that are partially or completely covered with rocks. Such a building creates romantic scenery, and at the same time makes it very easy to find a shady place where we can relax from the burning, Andalusian sun.

This small town, which has about 3 thousand inhabitants, leaves one walking in disbelief. How could such a thing be created?

It indeed turns out that man’s inventiveness combined with the unusual rock forms created by nature knows no boundaries. 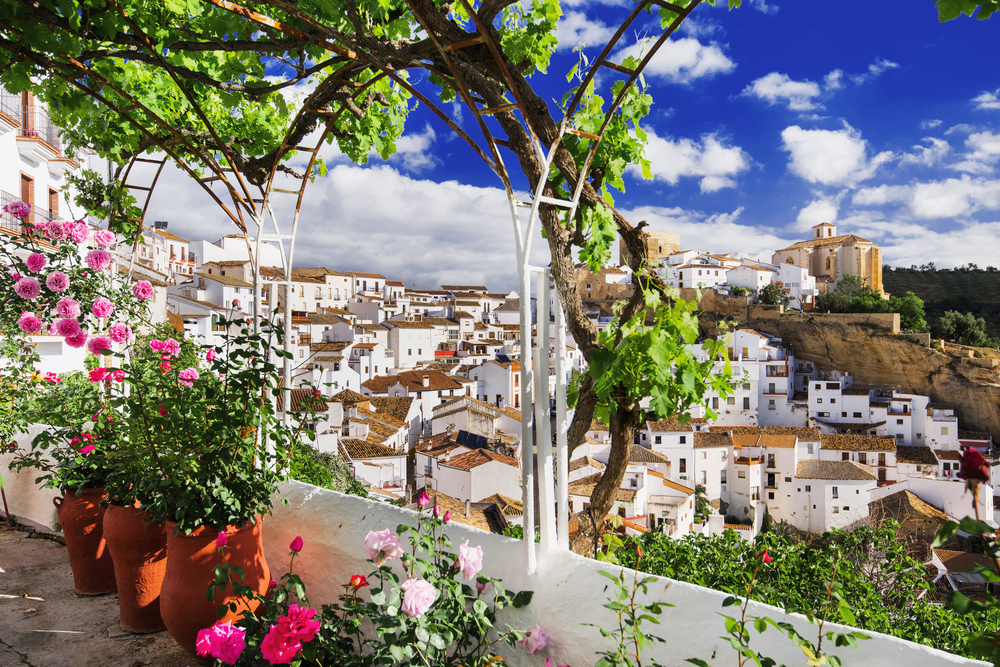 Antequera and other white cities

Another town on the Pueblos Blancos trail is Antequera. It is famous for the huge number of churches and monasteries that we will see in almost every street. One of the largest monuments is the Alcazaba, an Arab fortress, which in 1410 was conquered by Christians and converted into a Catholic temple. Walking around this peaceful and extremely atmospheric city, you have the impression that time has stopped here.

The most interesting white towns include Olvera, Grazelema, Ubrique and Algar. You can visit even a few of them in one day, as distances that divide them are really small. Walking, among the narrow streets of cities which walls dazzle with white, truly is a unique experience. It’s certainly worth visiting. 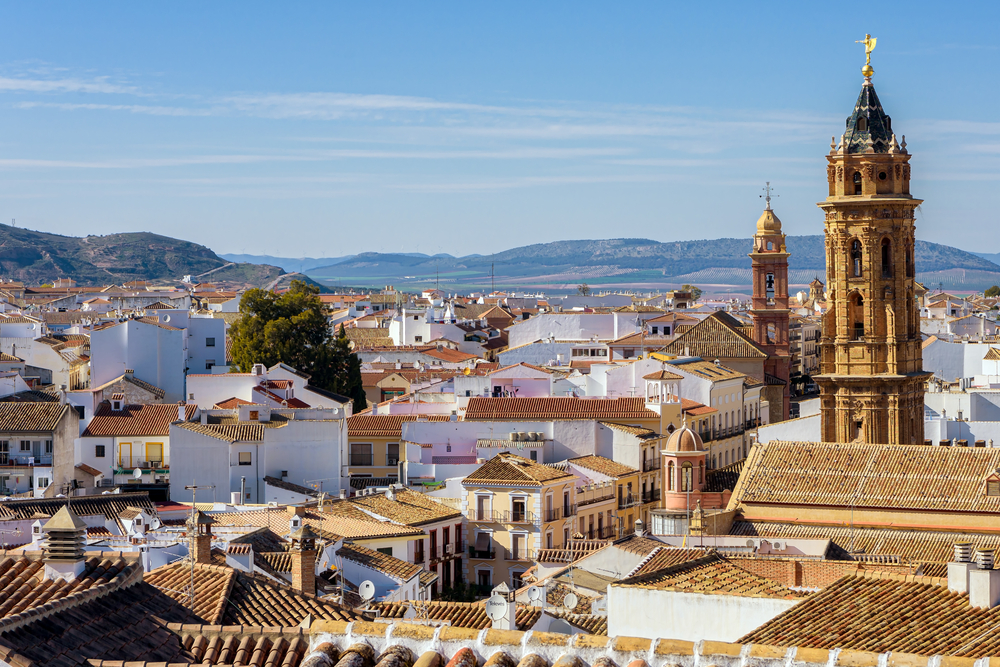