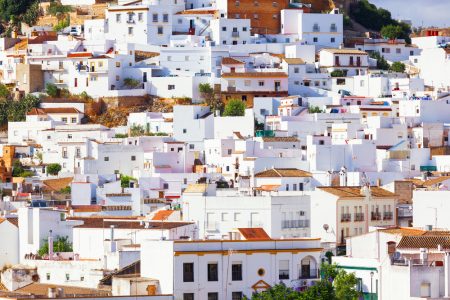 One of the biggest attractions of Andalusia is “Ruta de los pueblos blancos”, or the White Cities Route. It runs between a dozen or so historic towns that combine architectural similarities: white facades of houses, churches and defensive walls.

Snow-white “Pueblos Blancos” not only glisten beautifully in the sunshine, but also captivate with its amazingly picturesque location.

Which pueblos one cannot miss in the tour plan of Andalusia?

The most beautiful cities in the region are considered to be: suspended on the edge of the Ronda rock cliff, carved out of the rocks of Setenil de las Bodega and the Antequera crowded with Arabian fortresses. We have already written about these exceptionally charming places in the article ¨White Villages of Andalusia.¨

Now let’s take a look at another of the famous Pueblos Blancos.

In Arcos de la Frotera, we find what is most characteristic of Pueblos Blancos, namely – dazzling white buildings arranged along narrow, cobbled streets. Whitewashed walls surround the old town, and its most impressive monument is Castillo Ducal, an Arab fortress erected in the 12th century. It is also worth visiting the historic churches at the head of the 16th-century Basílica de Santa María de la Asunción. The beautiful temple, which is a combination of the late Gothic with a touch of many other styles, is considered to be the most interesting architectural object in the city. Many of the charms of the Arcos de la Frotera adds its location on top of the limestone rock, from where there is a magnificent view of the valley of the River Guadalete. 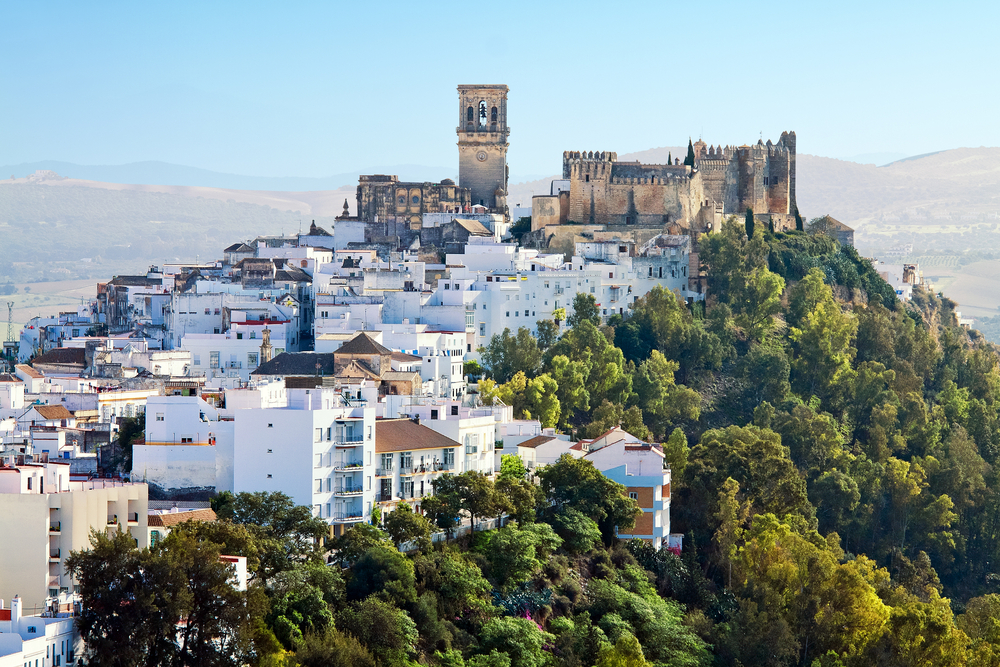 Zahara de la Sierra is a typical Andalusian town full of white buildings. It looks like it was attached to the rock. Above it stands a defensive fortress, erected during the reign of the Moors, to which in the 16th century a high watchtower was built, Torre del Homenaje. The large castle, situated at the very top of the mountain, looks really impressive and is the reason why Zahara de la Sierra clung to the nickname “Moorish eagle’s nest”. Being here, it is necessary to walk the narrow, climbing up streets of the city to see the impressive stronghold up close. From the top of the hill, there is also a beautiful view of the area of ​​the National Park de la Sierra de Grazalema. 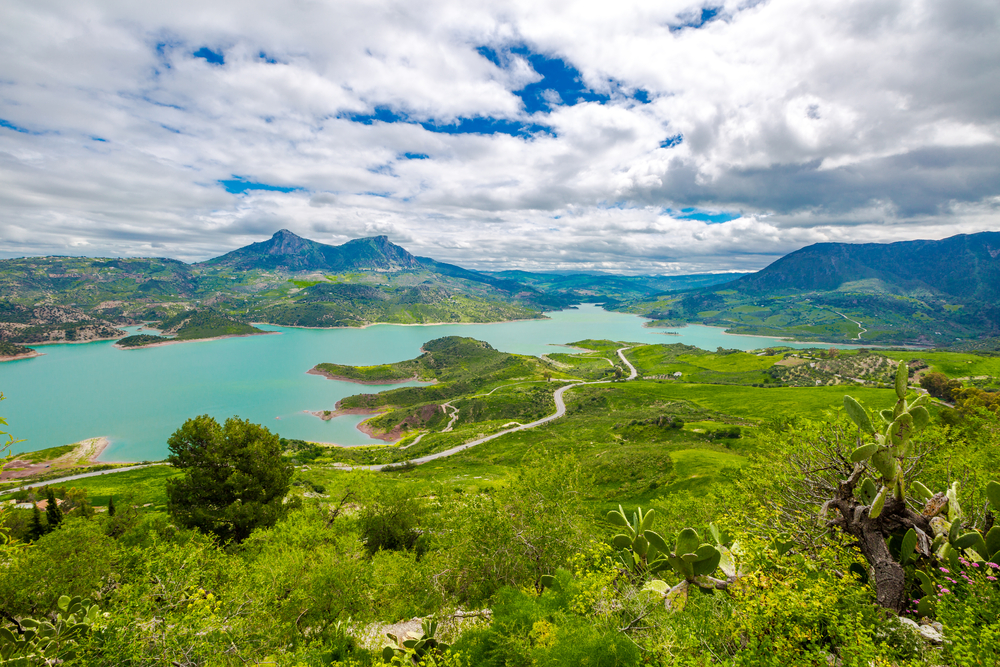 A white town built on a mountain summit – this is Olvera, a classic example of Pueblos Blancos. It captivates not only with its spectacular location, but also with its peaceful atmosphere. Thanks to the fact that there are few tourists, it is very pleasant to walk around its narrow and well-kept streets. Such a walk is an opportunity to see the most important monuments of the city: the church of the Nuestra Senora de la Encarnacion and the remains of a Moorish castle. It is mandatory to climb to the top of the hill where Olvera is located, from where we can admire the vast olive groves, cultivated by local residents. This region is famous for the production of excellent olive oil, and its bottle is worth buying to commemorate your stay. 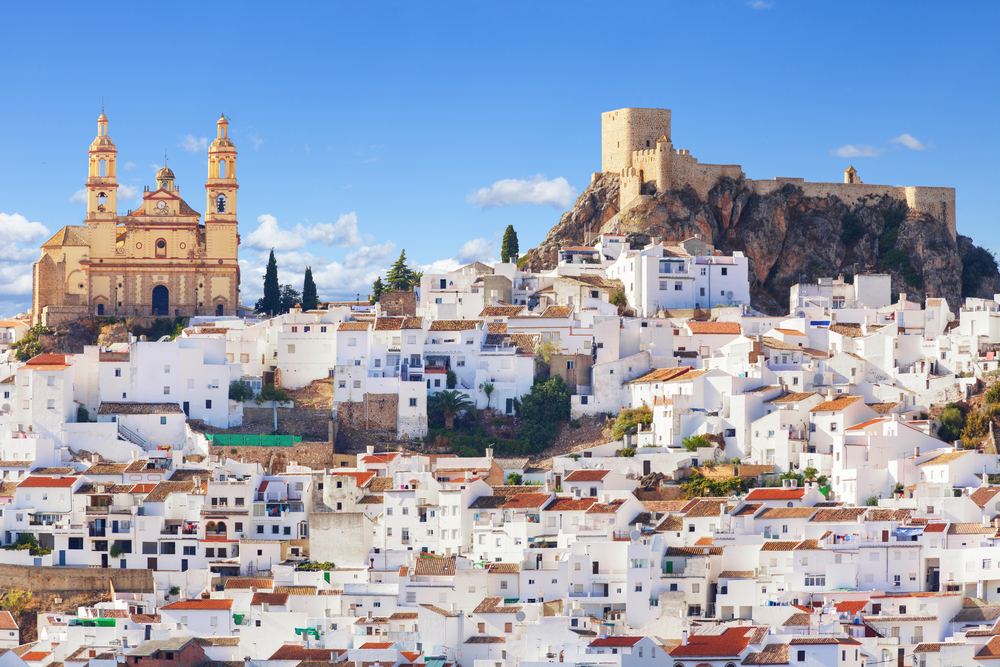 Dazzlingly white buildings are the biggest decoration of El Bosque, the next city on the Pueblos Blancos trail. It is located on the hillside, on the shores of the Majaceite River, and the picturesque surroundings favour long walks and rest in the bosom of nature. Many impressions will also be provided by a stroll through the streets of cities, during which we can admire the historic Arab buildings, as well as numerous ruins dating back to Roman times. A visit to El Bosque can turn into a real culinary feast if you decide to try local specialties – high-quality cheese and cold meats. 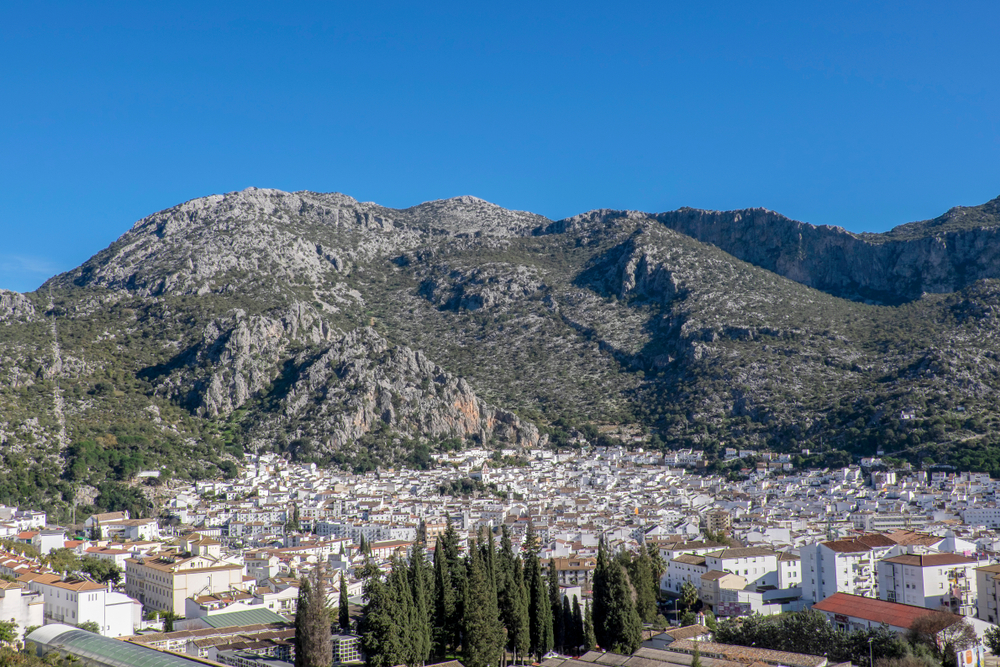 Algar, at first glance, is no different from other Pueblos Blancos; a quiet, provincial town with characteristic white buildings. As it turns out, it has a completely different story than most of the cities of Andalusia, which date back to the Moorish reign. Algar was created much later, only in the second half of the seventeenth century, at the request of a local entrepreneur who decided to build a city that was similar to those built by Arabs centuries ago. We must admit that he managed to achieve this goal perfectly. An additional attraction are exquisitely decorated sacral objects, headed by the neoclassical church Iglesia Parroquial de Santa Maria de Guadalupe. 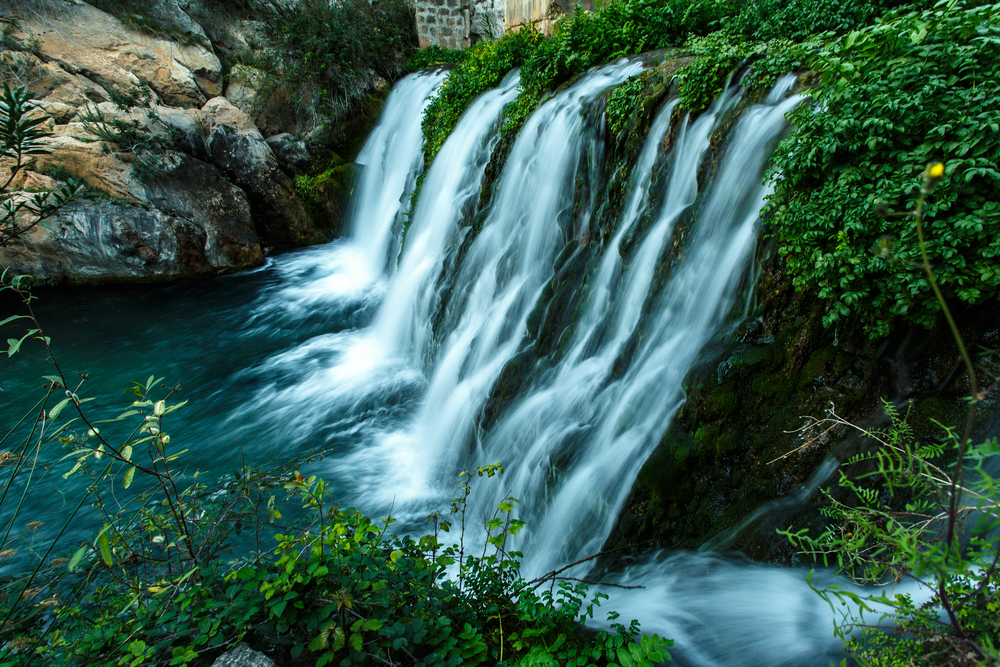